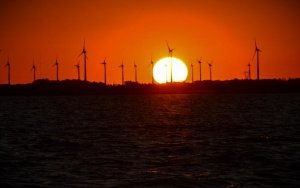 September 16 (Renewables Now) – Uzbekistan has launched the Request for Qualifications (RfQ) stage in a tender involving the construction of a 100-MW wind farm in the autonomous republic of Karakalpakstan.

The competitive process is being held by the Ministry of Energy and aims to pick an independent power producer (IPP) that will be tasked with the development, financing, construction and operation of the power plant and related infrastructure. The wind farm will be installed at a site in Karakalpakstan’s Qorao’zak district, in the northwestern part of the country.

The RfQ was released last week, with qualification applications due by November 10, 2020.

The next step in the two-stage tender process is issuing a Request for Proposals (RfP). An initial Expression of Interest (EoI) was initiated in March and attracted applications from 70 companies and consortia. The list of applicants, according to an official publication by the government, includes wind turbine maker Vestas Wind Systems (CPH:VWS), General Electric (NYSE:GE), Italy’s Eni SpA (BIT:ENI), France’s Voltalia (EPA:VLTSA), Total Eren and Japan’s Marubeni Corp (TYO:8002).

The tender is being supported by the European Bank for Reconstruction and Development (EBRD). It backs Uzbekistan’s goal to produce 25% of its total electricity from renewable energy sources by 2030 and a plan to deploy up to 3 GW of wind power capacity by the same year.