Total Eren will deliver a solar project in Uzbekistan by April 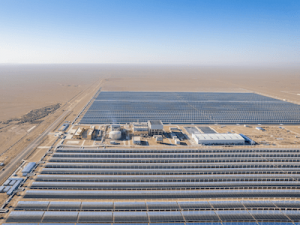 The Ministry of Energy of Uzbekistan announced that a 100 MW solar power plant (SPP) in the Nurabad district of the Samarkand region will become operational in April 2022.

Currently, all the necessary infrastructure works are accomplished, and the station is ready. It is constructed on 353 hectares of land with a final stage of solar panels installation in progress. The quantity of the latter will exceed 295,000.

The SPP is developed by the French company Total Eren. This is the first case of a successful implementation of a public-private partnership model, as before that SPPs were constructed via international tenders.

Once operational, the SPP will generate approximately 260 million kWh per year, which is enough to supply 80,000 homes. The power plant will also save 78 million cubic meters of natural gas per year, which is equivalent to the daily gas consumption of all existing households in Uzbekistan.

The $100 million project is fully funded by a foreign investor – Total Eren.

This will become the second industrial operational SPP in the entire country. The first one was launched in August 2021 by the UAE-based company Masdar. The latter is actively involved in RES development. The company plans to commission the second industrial SPP by 2023 with a capacity of 220 MW.