The wave of solar investments in Bosnia and Herzegovina 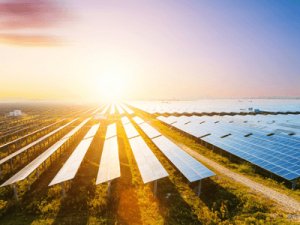 The biggest solar power plant project was launched in BiH this December. A local investor, Eco-Wat, intends to install a 150 MW solar park near Stolac in the Herzegovina region. The company has also submitted a request to the federal ministry for a preliminary environmental impact assessment for its transformer project Hodovo of 220/20 kV with three substations and a 220 kV overhead power line of 3.2 kilometres to the existing Trebinje-Mostar link.

Another investor, a German-based solar company Promondis plans to install a solar power plant with a capacity of 88.5 MW in the municipality of Bosanski Petrovac. The development of the solar photovoltaic project started two years ago, and the investor has now officially submitted an application for the urbanistic consent with the complete documentation and conceptual design, the Municipality of Bosanski Petrovac announced. Promondis expects the construction could start in the spring of 2022, and the completion of the project is planned for 2024. The investments in the project are estimated at €45 million.

Chinese company Dongfang Electric Corp is working actively in the region as well. It signed a contract for the construction of Bileća solar power plant project for EFT. The company has already worked with the same investor in 2016 on the Stanari coal-fired power plant project. According to EFT construction is expected to start by the end of June and that the facility will be put into operation by mid-2023. The Bileća SPP will have a peak capacity of 60 MW and its annual output is estimated at 100 GWh. The project is valued at €53.1 million.

One more solar project is expected to be built by the renewable company Etmax. It would be a 60 MW solar power plant near Nevesinje, in the southern part of BiH. The investment in the photovoltaic power plant is estimated at €53.3 million.