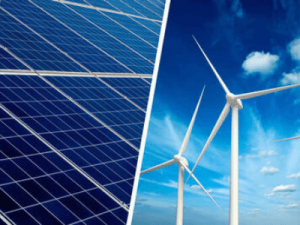 On 24th February, Invest In Network and CEENERGYNEWS held the Energy Talk dedicated to renewable energy developments in Western Balkans with a specific focus on North Macedonia and Bosnia and Herzegovina.

Despite not currently exploiting their huge renewable potential, the Western Balkans could be of help for Europe to become the first climate-neutral continent by 2050. Overall, in Central and Eastern Europe, the International Renewable Energy Agency (IRENA) estimates the share of renewables to show growth over the next decade, from 16 per cent in 2015 to 24 per cent in 2030.

North Macedonia plans to reach a 50% share of renewables in electricity production, a quite ambitious target considering that the country relies predominantly on fossil fuels and it is dependent on electricity imports. In 2015, the total renewable installed power generation capacity was 716 MW, but IRENA expects this number to grow to 3,311 MW by 2030. On the other hand, BiH starts from a better position with 2,074 MW of renewable capacity installed (almost entirely thanks to hydropower) with an expectation to reach 5,213 MW by 2030.

During the webinar, Petya Icheva, Programme Officer for South-East Europe at IRENA and Andi Aranitasi, Head of North Macedonia at the European Bank for Reconstruction and Development gave an overview of the energy industry in the region, as well as shared data and forecasts based on the current measures adopted. They also discussed the challenges to overcome so to enhance regional cooperation. Zoran Obradović, Managing Director of wpd Adria, the Balkan-based subsidiary of German renewable energy company wpd and owner of a very large portfolio of renewable energy sources in the region explained the process of investing in these countries, building up from successful stories from neighbouring ones.

The Energy Talk was organised as a part of a larger live conference happening in Montenegro in June.