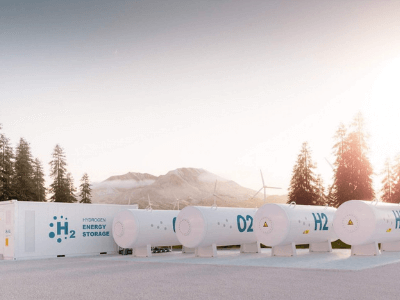 German renewable energy developer Svevind Energy signs a roadmap on the development of the world’s largest green hydrogen project. A delegation of the government of the Republic of Kazakhstan headed by the deputy minister for foreign affairs Mr Almas Aidarov and representatives of the SVEVIND group of companies met in northern Sweden at the beginning of October.

As part of the signed roadmap, in 2022 -2024 the developer wants to carry out on-site surveys and nature investigations for an environmental impact assessment in the western Kazakh region of Mangystau. All permit applications and licenses are expected to be handled and granted by authorities directly after that, while Svevind will use the time up to 2024 for the concept design and work out details of the engineering phase. Project financing is expected to be found in 2024-26, with a financial investment decision foreseen in 2026.

Svevind expects five years of construction which is going to start in 2026 to deploy the first 30 GW of wind and solar PV, desalination, and 20 GW of electrolyser capacity, as well as an ammonia plant to produce 2m tons of green hydrogen or up to 11m tons of green ammonia per year. A further 15 GW in renewable energy installations will be added in a later phase.

Kazakhstan has the substantial infrastructure already in place, such as gas pipelines (that potentially could be upgraded to transport H2), shipping, and railroads. As the project targets both Europe and China as potential buyers of massive amounts of green hydrogen and ammonia and it is expected to open a new silk-H2 road between the two major markets.