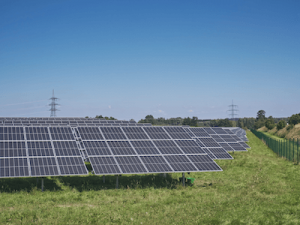 Slovenian Holding Slovenske Elektrarne (HSE), a state-owned electricity producer, announced the completion of a 3 MW Prapretno solar PV plant, which is the largest of its’ kind in Slovenia. The contractor for the power plant construction was HTZ, which was originally operating in the coal industry. According to the HSE, the power plant production capacities might be increased to 13 MW later. Moreover, this power plant is constructed on a rehabilitated landfill site that was previously used by the coal-fired thermal power plant.

HSE officials stated that the plant consists of 6,748 modules and has an annual output calculated to be 3 GWh. The latter is enough to supply electricity to 800 households in Slovenia.

The power plant design works were conducted by the HSE Invest, which was also responsible for obtaining a building permit and construction supervision.

Prapretno power plant is a major milestone for Slovenia as there are not many renewable energy projects in the country. The Prime Minister, Janez Janša, while inaugurating the power plant, highlighted the necessity to further develop independent energy sources as the energy crisis grows. According to him, the government plans to further facilitate the construction of small hydropower and small solar power plants.

“We plan to secure solar power supply for about half of households in the next decade, which will require billions in investments,” the Prime Minister said.

Viktor Vračar, HSE’s CEO, said that the company is also planning to make the necessary investments to expand its Zlatoličje-Formin solar power plant and considers pursuing the development of wind power projects.