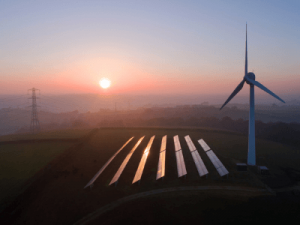 The document sets a 49.6% target for the share of renewables by 2040, compared to 26.3% at the end of 2020. The plan is to achieve climate neutrality and decarbonize the economy by 2050. Accordingly, coal-fired plants would be phased out by 2050 but not before there is enough green power capacity to replace them.

The short-term steps include the establishment of the company called Green Energy of Serbia, tasked with building new green power plants as well as the modernisation of the transmission and distribution grids. The government of Serbia also suggests increasing the state’s stake in large renewable energy projects.

Currently, Serbia has 2,900 MW of renewable power plants, of which 2,350 MW are hydropower plants and the rest are wind farms.

It is estimated that there is a possibility of public-private partnerships for the construction of wind farms with a capacity of about 3,700 MW. About 11,000 MW of solar panels can be installed on rooftops and a further 1,400 MW on land owned by power utility EPS.