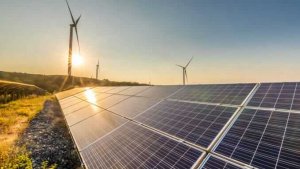 Serbia’s national assembly on 20 April adopted four new laws for the mining and energy sectors, including a law that paves the way for the country to begin holding auctions that award support to renewable projects through contracts for market premiums.

Serbia hopes to hold its first auctions for market premiums by the end of this year, the government said. These would replace the previous feed-in tariff (FiT) system for providing renewable support, which expired at the end of 2020.

FiTs will continue to be made available for small plants — defined as those with a capacity of less than 500kW, or 3MW for wind plants — and for developmental projects and new technologies, under the new law.

The laws also aim to tackle several other climate and regulatory fields, including improving energy efficiency standards, allowing households and businesses to become “prosumers” by adding their own solar panels, and banning the construction of hydro plants in conservation areas.

Serbia will now draft a national energy and climate plan for 2021-30 with a vision to 2050, deputy prime minister and minister of mining and energy Zorana Mihajlovic said. The country will aim to have the draft completed “long before December”, she said.

Serbia is aiming for 40pc of its energy to come from renewable sources by 2040, rising to 50pc by 2050, Mihajlovic said previously.