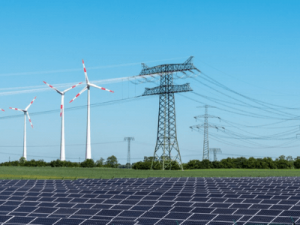 Abu Dhabi’s holding company ADQ and  Abu Dhabi National Energy Company PJSC (“TAQA”), signed an agreement with Samruk-Kazyna, the sovereign wealth fund of Kazakhstan,  to explore opportunities in the energy sector in the Central Asian country. As part of the agreement, it is expected the companies may invest up to $6 billion in Kazakhstan’s energy sector. The document also envisaged the creation of a holding company that will oversee and effectively manage any acquired assets.

ADQ, Taqa, and Samruk-Kazyna will explore three greenfield power projects in Kazakhstan, including a 2 GW solar PV power plant, a 2 GW wind power plant, and a 1 GW combined-cycle gas-fired power plant. The companies will also use their expertise to modernise the current grid in Kazakhstan. ADQ and TAQA would jointly hold a 51% stake in each project with Samruk-Kazyna having the remaining interest. Meanwhile, TAQA would also be involved in the operations and maintenance of all three projects.

The deal follows the announcement of Abu Dhabi National Oil Company and TAQA becoming joint shareholders along with Mubadala Investment Company. TAQA is taking a 43 per cent stake in Masdar renewables assets businesses, along with Mubadala and Adnoc taking 33 and 24 per cent, respectively.

The deal with Samruk-Kazyna comes as bilateral ties between the UAE and Kazakhstan grow. In October, the governments of the two countries signed a joint declaration, establishing a long-term strategic partnership aimed at developing projects in priority industries.