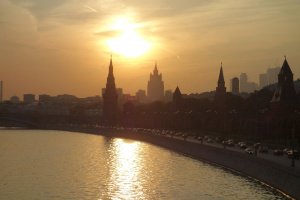 The country’s cumulative installed PV capacity reached 1.7 GW at the end of 2019, as a result of the grid-connected projects tendered by the Russian government between 2014 and 2019. The remaining 500 MW quota of the 2.2 GW tendering scheme should be assigned this year.

The Russian government will tender another 500 MW of solar capacity this year in the frame of the program for large scale renewables that it launched in 2014.

“Around 1.7 GW of solar capacity was online in Russia at the end of 2020,” Anton Usachev, president of the Russian Solar Energy Association, told pv magazine. “This capacity comes mostly from the auction program launched by the government in 2014, and the 0.5 GW of PV that it will tender this year is the remaining quota of the program.” The auction will likely take place in June 2021.

The auction scheme, which has also brought online about 550 MW of wind power, is being managed by Russia’s Trading System Administrator, JSC ATS.

In the latest round of the scheme, held in June 2019, three projects, with generation capacities of 5.6-6 MW, were pre-qualified for a 5.6 MW capacity procurement and Finnish utility Fortum secured the only PV project selected. The average bidding price was around RUB62,000 ($821) per megawatt installed. The capex figure offered by solar developers was lower than that for 71 MW of wind power allocated and lower than for previous PV projects. The previous auction round, held in June 2018, saw Russian module manufacturer Hevel Group and Fortum win the 148.5 MW worth of solar PV projects awarded.

Usachev has also revealed that the Russian government is also planning to approve a new program to deploy another 7 GW of solar and wind by 2035. “The country is now taking steps towards a more diversified solar PV industry by encouraging new segments of distributed power,” he added, explaining that rooftop under net metering and solar-plus-storage projects in remote areas will play a significant role in the new strategy.

“Russia’s residential PV is set to thrive in [the] next five years once new net metering rules will come into force,” he stated.

The Russian government is currently supporting solar in areas disconnected from the grid through the CSA program. The Republic of Buryatia and the Far East Federal District have strong potential for this kind of project as they have poor energy and transport infrastructure.