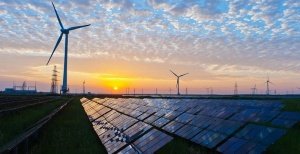 In order to secure energy supply from internal sources and increase the share of renewables, Romania intends to install 6 GW in wind farms and solar power plants, according to its final National Energy and Climate Plan (NECP) for the period 2021-2030.

However, the European Commission’s assessment of Romania’s NECP underlines that the country’s renewables target of 30.7% of gross final energy consumption in 2030 is below the 34% share resulting from the formula in Annex II to Regulation (EU) 2018/1999 on the Governance of the Energy Union and Climate Action.

The formula distributes the efforts across all EU member states in order to achieve a goal at EU level of 32%.

The European Commission has prepared assessments of the final NECPs of all member states, which include their performance in addressing the recommendations after the submission of draft NECPs.

Here you can read the assessments for Bulgaria, Croatia, Cyprus and Greece.

NECPs show how each European Union member country would contribute to the bloc’s energy and climate targets for 2030 with renewables, energy efficiency, greenhouse gas emission cuts, interconnections, and research and innovation. The EU intends to achieve a 40% reduction in GHG emissions from 1990 levels (30% from 2005 levels outside the EU Emissions Trading System), a 32% share for renewables, and a 32.5% improvement in energy efficiency.

According to the NECP, Romania wants to ensure energy supply from internal sources as the primary objective for national energy security.

As stated in the commission’s assessment, the NECP explains the measures intended to reach the national renewables target for the electricity, heating and transport sectors, but there is no clear quantification of those measures. 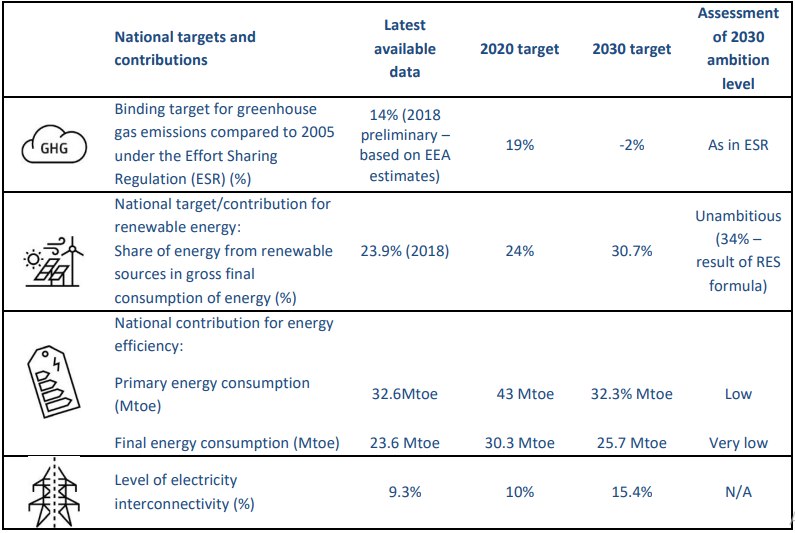 Romania has estimated investments for reaching the NECP targets at EUR 150 billion or around 7% of current GDP, of which
EUR 127 billion is for energy demand in the industry and the tertiary, residential and transport sectors. The funds will be spent on electricity grids, power plants and steam boilers.

The sources of funding are EU programmes and ETS revenues, but the commission said there are gaps in investment needs and that there are no details on investments generated by revenues from ETS allowances.

The NECP sets a 2030 target of a 2% cut in non-ETS greenhouse gas (GHG) emissions. It is in line with the legislated national 2030 target.

The plan does not consider whether overachievement of the target could be cost-efficient if annual emission allocations were to be transferred to other member states, the assessment reads.

The commission welcomes Romania’s intention to go beyond a 3% to 4% renovation rate.