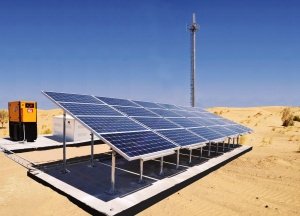 “Last year, I met with managers of various Polish companies. They are interested in Georgia’s energy sector, particularly, in the production of solar panels, construction of hydropower plants, and so on. I believe we can set up interesting contacts, particularly with engineers and specialists in Georgia’, the Polish Ambassador noted.

Polish investors are interested in the production of solar panels in several regions of Georgia, he said.

“I do not want to divulge details, but they have serious intentions to develop this direction in Georgia”, Mashkevich pointed out.

We are pleased to see many Polish products in Georgia, including cosmetic products, food products, cheese, and so on, he noted.

Georgia and the Republic of Poland enjoy close partnership and friendly relations. Poland, as one of the authors of the “Eastern Partnership” initiative, plays an important role through its active engagement and support in attaining Georgia’s European aspirations.