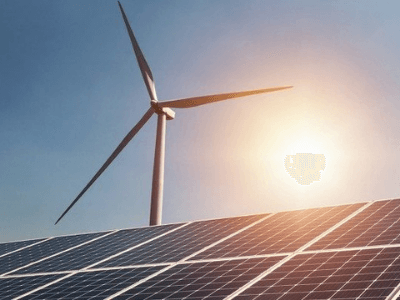 German developer and operator of wind farms on land and at sea WPD will build a 500 million-euro wind farm in the northeastern part of North Macedonia. The planned 415 MW project is the largest German investment in the country and the biggest in the field of green energy since North Macedonia declared independence from the former Yugoslavia in 1991.

Earlier in September, the Government of North Macedonia has given the green light to the Energy Financing Team (EFT) to build an 80 MW solar photovoltaic facility. With the government’s decision, the project now qualifies to obtain the bank guarantees necessary for completing the strategic investment procedure established by law. North Macedonia along with other Western Balkans states have signed in 2020 the Sofia Declaration on the green agenda for the Western Balkans, according to which the signatory States are committed to working towards the 2050 target of a carbon-neutral continent together with the EU. North Macedonia plans to reach a 50 per cent share of renewables in electricity production by 2024 and to phase out coal. To date, the government plans include securing about 1 500 MW from solar power plants and about 700 MW in wind power.

However, the target can be quite ambitious. According to Maria Fillipovska, Partner at CMS, numerous steps have to be taken going forward such as the creation of a separate Ministry of Energy, completion of the legal framework with further laws/bylaws, the enforcement into the practice of the Large Combustion Directive and Industrial Emissions Directive, as well as the adoption of the Law on Control of Emissions.
Another challenge for North Macedonia is its dependence on electricity from other countries. Despite the declining consumption in the last years, the average share of imports in 2010-2016 made up approximately 30 per cent of the total electricity consumption. That means that compared to the countries in the region, North Macedonia has one of the highest shares of import of electricity. Here the utilisation of its own energy potentials, primarily through renewable energy sources has a vital role to play.