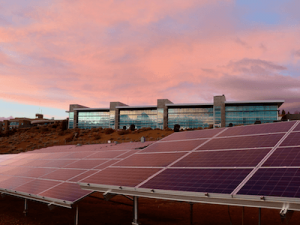 The newly elected Prime Minister of Montenegro, Dritan Abazović, said in the parliament before the vote that tourism and energy are priority sectors for the country’s economic development. He also embraced the idea of an ecological state. In this minority government, Ana Novaković Đurović was named the Minister of Ecology, Spatial Planning and Urbanism, while Ervin Ibrahimović will be responsible for the energy sector while simultaneously bearing the roles of the Deputy Prime Minister in Charge of Regional Development and the Minister of Capital Investments.

The new cabinet was elected by the Parliament with 45 out of 81 votes in favour. The Prime Minister’s party has only 16 seats, while they were supported by the President of Montenegro, Milo Đukanović, and his Democratic Party of Socialists. The latter agreed to support them without being represented in the cabinet.

The political party of Dritan Abazović is called United Reforms Action and it is affiliated with the European Green Party. Consequently, the Prime Minister strongly focuses on sustainable development, corruption-fighting, and joining the European Union.

“Besides tourism, which undoubtedly has the biggest potential, we will focus on developing projects in the energy sector, agriculture, transportation, manufacturing industry and information technologies. The government will act to help strengthen the human capital potential, innovations and the green economy,” he said to the Parliament.

Furthermore, he provided some extra details about the plans for the energy sector development.

“We will place special focus on improving the implementation of projects in areas like increasing energy efficiency and strengthening renewable energy capacity (solar, hybrid, wind), with efforts to advance the clean production of energy from fossil fuels. We will pay special attention to thermal power plant Pljevlja which, in the light of the most recent developments, represents a pillar for Montenegro’s energy system,” the Prime Minister stated.