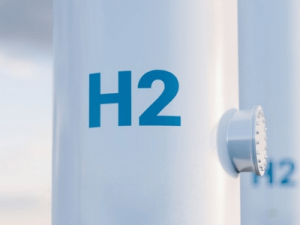 Mongolia is attractive for deploying green hydrogen production, said Elixir Energy Managing Director and CEO Neil Young in an interview to New Europe and EnerLoop by Invest In Network and as a part of the upcoming Energy Week Central Asia and Mongolia 2022 in Tashkent on April 26-28.

“Mongolia has very high-quality wind and solar resources – and our analysis shows that in addition, these 2 renewable sources are highly complementary in terms of combining to produce very strong annual capacity factors. However, Mongolia’s primary attractiveness as a green H2 project location is its immediate proximity to potentially very large Chinese H2 markets. H2 is very expensive to move – so location close to markets is arguably the most important source of competitive advantage,” said Young.

“Our analysis shows that shipping H2 from Mongolia to China by pipeline would cost ~10% of the cost of liquefying and shipping it by boat from distant countries like Australia. If our view is correct, then we expect many others to follow us – the renewable resources available are massive in scale – as is the potential market in China in the decades to come,” he added.

There was no specific legislation on green hydrogen in Mongolia when Elixir Energy has decided to enter the market, which is also common for many Central Asian countries. Young said his company has recently conducted a legal analysis as to whether Mongolia’s current legal system could support a green H2 project using Western Australian precedent as a foundation from which to assess this. “The key conclusion of that analysis was that the current legal system was adequate for green H2 developments to proceed. We, therefore, do not consider the absence of specific green H2 legislation in Mongolia is a disadvantage for our project,” he said.

Asked how important the government support in the emerging green hydrogen market is, especially for the first movers, Elixir Energy Managing Director and CEO said certain wealthier governments like Australia’s are currently providing material fiscal support for green H2 projects in their countries. “The weaker fiscal positions of the Central Asian countries are naturally less able to support such projects. However, in our view, this sort of support will be only a relatively minor contributor in determining what green H2 projects will succeed globally – rather factors such as strong renewable resources and market strategies will be far more important. The ideal role for Governments will be to set a level playing field and then let the private sector deliver,” he said.

Asked what are the most pressing issues that might prevent a large inflow of international investors to green hydrogen projects in the region, Young said the general sovereign risks that pertain to the region that affect any FDI will also be relevant for green H2 projects like confidence in rule of law and sensible fiscal systems. He noted that the geopolitical factors that are specific to Eurasia will also over-shadow investors’ views. He added, however, the latter can be a positive as well as a potential negative as, for example, the Chinese government’s Belt and Road Initiative (BRI) could provide projects with funding and markets.

Elixir Energy is an ASX listed energy company that is the pioneer of natural gas exploration, in the form of coal bed methane (CBM), in Mongolia. Recently, Elixir Energy became the first international or local company to seek to leverage Mongolia’s renewable energy resources through a green hydrogen project and, despite COVID challenges, was awarded the title ‘Investor of the Year’ for both 2020 and 2021 by the Mongolian Minister of Mining and Heavy Industry.