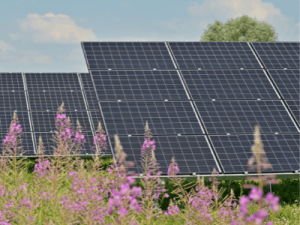 Masdar, one of the world’s leading renewable energy companies and a subsidiary of Mubadala Investment Company, signed an agreement with the Government of the Republic of Armenia to develop a 200 MW solar PV plant. The Ayg-1 plant will be located between the Talin and Dashtadem communities of Armenia, in an area where solar radiation is high and land is unusable for agricultural purposes. The plant will span over 500 hectares and will create numerous direct and indirect jobs.

The project will be developed under a design, finance, build, own and operate (DFBOO) model, 85% owned by Masdar, with the Armenian National Interests Fund (government-owned), holding 15%.

In July, the Armenian Government announced that Masdar was the winning bidder for the project, having submitted a tariff of US$0.0290 per kilowatt-hour (kWh) in a competitive process.

Armenia is looking to increase the share of renewables in its energy mix and reduce its dependence on imported oil & gas. In January 2021, Armenia adopted the 20-year Energy Sector Development Program, which is intended to build a transparent, diversified, and energy-efficient system for sustainable development.  The Program will identify new power generation facilities, electricity transmission systems, and institutional issues related to market liberalisation and associated legislative gaps.

Besides that, the government has recently prioritized the construction of solar power plants over other types of renewables, aiming at increasing the share of solar power generation at least to 15% of total capacity, or 1.8 billion kWh, by 2030.

The country has notable solar energy potential.  The average annual amount of solar energy flow per square meter of the horizontal surface is approximately 1,720 kilowatt-hours (kWh), which is high relative to an average European figure of 1,000 kWh.