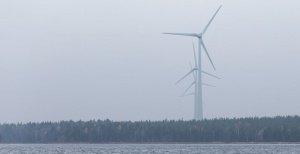 The Regulatory Authority for Energy issued 30 production certificates for investors in renewable sources. It is the first batch of applications for which Greece implemented its new regulations as it scrapped the production license and merged stages in the procedure. The future solar and wind power plants are planned to have a capacity of 307 MW.
Seven Greek wind park projects and 23 solar power plants received production certificates including 92.3 MW in ten photovoltaic facilities in Western Macedonia, a coal-dependent region that is undergoing a transformation away from fossil fuel. The wind farms account for 56.4 MW of an overall 307.1 MW. It is the first time that Greece gave a green light for renewables in line with its new legislation except for some approvals for changing the terms of existing licenses.

Several stages merged into one
The government imposed shorter deadlines for the Regulatory Authority for Energy (RAE), integrated and standardized steps in the permitting procedure, and replaced the production license with a producer certificate. It also simplified the path to obtain environmental approval and vowed to integrate the process further.

The Greek government has vowed to further integrate the permitting procedure

Applications for the projects awarded with the production certificates were submitted in September 2018, Energypress reported. The round consisted of 141 planned power plants totaling 1.11 GW. Apart from photovoltaics and wind farms, the list includes only one project per category in biomass, high-efficiency cogeneration, hybrid and small hydropower plants.

The news outlet learned the process has stalled for several other rounds.

Solar power plant of 100 MW in pipeline in north Greece
SKGR PV7 obtained the production certificate for the largest renewables facility in the first round in Greece. It intends to install a 100 MW photovoltaic plant in Sintiki, near the border with Bulgaria. The town is in the region of Central Macedonia.

RAE is also tasked with issuing certificates for special projects, which undergo a more complex procedure

Aetos is developing the biggest two wind power plants, both with a capacity of 20.7 MW. The sites are in Phocis and Boeotia in the regional unit of Central Greece.

Renewables certificates nominally last 25 years
The law also includes the category of special projects for the certificates, where the procedure is more complex.