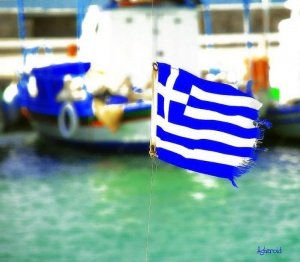 The Greek government has approved four investments into new renewable energy projects totalling 2.8GW capacity as part of the country’s economic recovery from the COVID-19 pandemic.

More than €2 billion (US$2.44 billion) is to be spent on four investment projects in renewable energy plants, including €888 million (US$1.83 billion) on 1.5GW of solar PV parks across 12 regions of Central and Northern Greece, and a further €421.6 million (US$514.1 million) on 37 PV plants with a total capacity of 830MW in Larissa, Magnesia and Kilkis.

The remaining investment will go towards one offshore wind development with 360MW, and a 120.3MW onshore wind project in Xanthi and Rodopi.

Greece’s state-owned Public Power Corporation has been tasked with developing the solar parks as part of a wider €5 billion (US$5.94 billion) roadmap to support the phase-out of coal generation by 2028. The company has an interim target of 1.1 – 1.4GW of installed solar PV capacity by 2024.

Minister for development and investment Adonis Georgiadis said the adoption of strategic investments to fund the country’s solar expansion “continues uninterrupted” despite the economic disruption brought on by COVID-19.

Greece is not the only country pinning hopes on the renewable energy sector to aid economic recovery. The government of Queensland, Australia, is investing AU$145 million (US$109 million) to establish three renewable energy zones (REZ) across the state, while Victoria lawmakers started a process to test industry interest in renewables projects in September. In the US, incoming President Joe Biden is expected to make a transition to solar power a cornerstone of his time in office, having earmarked US$1.7 trillion for green spending during his campaign.

The deputy minister for development and investment, Nikos Papathanasis, said investment in solar projects is “imperative” to job creation and a rebound from the global pandemic.

“We adopt strategic investments and create a dynamic business environment,” he said, “removing barriers and speeding up processes.”

Greece’s environment and energy ministry have also attempted to shorten lengthy licensing processes for renewable energy projects, in a bid to free gigawatts’ worth of installations facing waiting times of up to eight years.