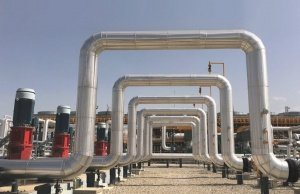 RES support payments will be made in TL

In the new support mechanism, which is anticipated with excitement by the geothermal sector and is expected to replace YEKDEM, the Renewable Energy Sources (RES) Price applied in US Dollars will continue to be applied as Turkish Lira.

Issues such as domestic contribution prices and times for electricity generation facilities based on renewable energy resources will be determined by the President’s decision.

Companies that generate electrical energy from renewable energy sources within the scope of the law and do not want to benefit from the support mechanism will be able to sell in the free market under their licenses.

The rental, permit and easement discounts applied in the first 10 years of the investment and operating periods of the production facilities based on RES will be applied for 10 years from the license date and will cover companies that will enter into operation until December 31, 2025.

New regulation on ‘administrative share’ which was a discussion topic

In facilities where geothermal fluid is used directly or indirectly for electricity generation and residential heating, an administrative share of 1% of the gross revenue will be paid. In the facilities where the fluid is used directly or indirectly in greenhouses, thermal springs and other areas, taking into account the annual total heat energy value and reinjection status, 1 m3 of the water used will be paid an administration fee, not exceeding 3 TL. This administrative share upper limit will be increased by the annual CPI (consumer price index) value published in January every year.

1 out of 5 of the collected amounts will be paid by the administration to the relevant municipality or village legal entity, including the district municipality in the metropolitan cities where the resource is located, within 10 working days.

If it is determined that there has been an irregularity in the determination of the amount of water used in the calculation of the administration share by the license holder, an administrative fine of 2 times the amount of water used in the previous year will be imposed on the license holder, not exceeding 500 thousand TL. The number of administrative fines cannot be less than 20 thousand TL. In case of repetition of the same act for the third time within the license period, the operating license will be cancelled and the security fees offered by the company will be left to the state.

In the proposal accepted by the Commission, provisions for the tender of geothermal energy fields with instalment options are included in order to accelerate the introduction of geothermal resources to the economy.

Accordingly, the General Directorate of Mineral Research and Exploration (MTA) will carry out geothermal and natural mineral water resource explorations by obtaining a license, exempt from license fee and guarantee.

In the event that MTA detects resource assets in the areas where it has obtained exploration licenses, this area will be tendered by MTA in accordance with the State Procurement Law or may be transferred to public institutions and organizations and their subsidiaries with the approval of the Minister in return for its price or on the basis of revenue sharing.