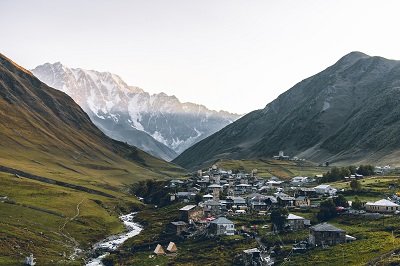 Georgia has “great potential” for strengthening global energy security with the prospect of acting as a bridge between the energy markets of Europe and Central Asia, said David Songhulashvili, the Chairman of the Parliamentary Committee on Sectoral Economics and Economic Policy.

During a committee meeting in the western Georgian city of Zugdidi, Songhulashvii highlighted the potential of Georgia for becoming a Caucasus “power hub,” and stressed the importance of continuing the construction of renewable energy facilities, saying it would allow the country to “make the most of domestic resources” and “minimise import commitments.”

The meeting involved the hearing of the report on the status of the fulfilment of commitments under the Association Agreement, signed with the European Union in 2014, and membership of the Energy Community.

The MP emphasised that Georgian authorities were working to make a “significant contribution” to the development of the energy market in the five years of its membership, adding the country had made “great progress” in fulfilling its commitments.

Photo by Tomáš Malík on Unsplash