First renewable auctions will be held in Serbia this December 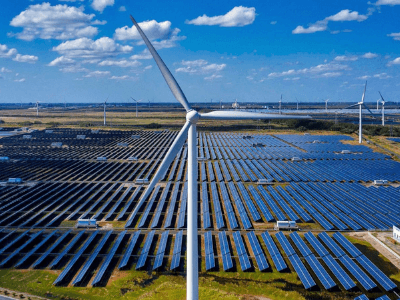 According to the Ministry of Mining and Energy, Serbia has already initiated the energy transition through a regulatory framework, including the adoption of the law on renewable energy sources and has enough potential to cover its own needs becoming an important player on the energy market in this part of Europe.

The necessary secondary legislation is being finalised and will be adopted by the end of October to enable the start of auctions for premiums for electricity produced from RES in December 2021. The ministry is also preparing online auctions and says a three-year schedule for future auctions should be unveiled by the end of February 2022, which is expected to attract more investors.

Power Construction Corporation of China (PowerChina), one of the world’s largest companies by revenue has already shown its interest to enter the European green energy market via Serbia saying that Serbia has strengthened its support to sustainable development and green energy by adopting new legislation in this area. The company plans its investment to be realized in the hydropower, solar, and wind energy segments, and believes there are great opportunities given the excellent relations between the two countries as well as Serbia’s potentials and favourable investment environment.