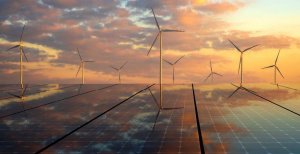 Bishkek, 15 April 2021 – The Ministry of Energy and Industry of the Kyrgyz Republic with the support of the International Renewable Energy Agency (IRENA) and UNDP in the Kyrgyz Republic held an Expert Consultation Workshop to discuss key challenges and opportunities for the development of renewables in Kyrgyzstan and prospects for renewable energy projects.

Kyrgyzstan is currently in the process of revising its NDC (Nationally Determined Contributions) as part of its contribution to reduce greenhouse gas emissions and keep global warming below an average of 1.5 degrees Celsius by 2050. The NDCs will be finalized in the next month and will underpin the country’s negotiations in the framework of the Paris agreement under the UN Framework Convention on Climate Change (UNFCCC), which will inform the deliberations of the 26th Conference of Parties in Glasgow later this year.

The Renewables Readiness Assessment (RRA) identifies and explores resource potential assessment (Solar PV and Wind) as well as capacity building on Renewable Energy target setting as foundations to strengthen investment. These activities will provide important insights on the suitability of conditions in the Republic of Kyrgyzstan for the deployment of renewable energy, along with the overarching objective of supporting its NDC process.

Mr. Nurdin Kozhogulov, Deputy Minister of Energy and Industry of Kyrgyz Republic, in his welcoming speech, stated that: “The Kyrgyz Republic has significant potential for the development of renewable energy sources, especially with regard to hydropower resources. The constant threat of an oil supply crisis, the concern of modern society for the environment, and, consequently, for the climate change issues, have led to the emergence of a modern energy policy, which aims to create a renewable energy system based on renewables free from greenhouse gas emissions to the atmosphere over the next few decades.”

The role of renewable energy solutions in mitigating climate change impacts is proven. The heavy reliance on fossil fuels and inefficient and outdated coal-fired power plants are some of the main reasons for the energy sector’s high contribution to global greenhouse gas emissions. This not only elevates global temperatures but seriously impacts air quality and human health. Transitioning to renewable energies, therefore, supports significant progress on the Paris Agreement on climate change, as well as on the Sustainable Development Goals (SDGs).

Louise Chamberlain, UNDP Resident Representative in the Kyrgyz Republic, highlighted the relevance of renewables development in the context of the country’s climate commitment: “Kyrgyzstan has great potential to become a net zero emission country, primarily by using policies and incentives that will accelerate the use of renewable energy, energy efficiency and other measures that could make Kyrgyzstan a ‘green leader’ in Central Asia. We will continue to work with Government and development partners in exploring solutions to transform the economy towards green, low-carbon and climate resilient development.”

The Director of Country Engagement and Partnerships Division of IRENA Mr.Gurbuz Gonul pointed out that Renewables Readiness Assessment (RRA) is an inclusive multi-stakeholder consultative process to support the country in its efforts to strengthen enabling environment for accelerating renewable energy deployment. Today’s workshop was the first in the series of consultative workshops on the RRA, with the overall intention to outline a detailed list of critical and emerging issues associated with the renewable energy sector and thereby identify key actions to develop an enabling institutional, policy, and regulatory framework to promote renewable energy investments. It served as a solid reference for national stakeholders to step up their efforts in meeting its climate and sustainable development objectives.

Also, during the meeting, such barriers to the development of renewable energy sources as the limited capacity of the energy system for redundancy, lack of cost-effective energy storage technologies, insufficient competence of national companies in several segments of the renewables market in Kyrgyzstan were identified.

The Paris Agreement is a legally binding international treaty on climate change. It was adopted by 196 Parties at COP 21 in Paris, on 12 December 2015 and entered into force on 4 November 2016. Its goal is to limit global warming to well below 2, preferably to 1.5 degrees Celsius, compared to pre-industrial levels.

Nationally Determined Contributions (NDCs) submitted by countries under the Paris Agreement of the United Nations Framework Convention on Climate Change (UNFCCC) represent pledges on climate action that seeks to limit global warming to well below 2°C, preferably to 1.5°C. NDCs embody efforts by each country to reduce national emissions and adapt to the impacts of climate change.