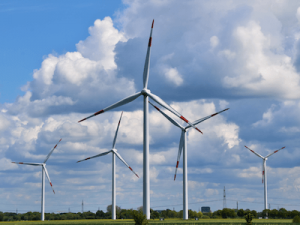 Ukrainian war is devastative not only for people but also for the economy. In the energy sector, it proved that fossil-fuels based energy generation is particularly vulnerable to disruptions in times of war. The Ukrainian Wind Energy Association (UWEA), the largest association for wind power producers and equipment manufacturers in the country, already stressed the necessity to abandon nuclear and fossil energy sources and focus more on developing renewable energy.

Together with CEENERGYNEWS, Invest In Network’s energy intelligence platform EnerLoop interviewed Andriy Konechenkov, Chairman of the Board of UWEA to discuss the current stance of the Ukrainian energy sector and explore possible scenarios for the after-war future.

According to Mr. Konechenkov, the United Energy System of Ukraine proved to be stable during the entire war period, while maintaining the power gid frequency at 50 Hz. All of the country’s power plants were operating with a stable level of supply and consumption.

Yet, there are plenty of disruptions: “As reported in early March 332,000 customers in the country were partially or completely cut off from electricity due to infrastructure damaged in the fighting,” said Mr. Konechenkov.

Talking about the after-war period, the UWEA Chairman of the Board said the following: “This war has undoubtedly changed our approach to life, energy security and independence. I believe that after this war, after the seizure of nuclear power plants, after having been synchronised with the European energy system, Ukraine will set even more ambitious goals for renewable energy. I am convinced that this war has made us stronger and more aware of how significant and important renewables are for a peaceful world. Today, everyone is aware of the cost of independence. We have to phase out fossil and nuclear sources as soon as possible while further developing renewables since only renewable energy will always be able to maintain this independence in a sustainable, fair and peaceful way.”

The full version of the interview is available to EnerLoop subscribers and at CEENERGYNEWS.