Dönmez: Turkey is the world’s No. 4 solar panel producer 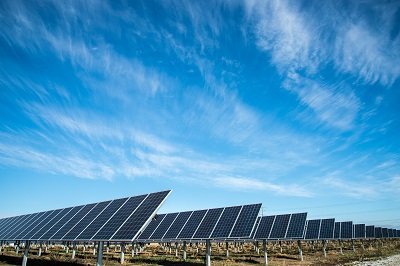 Turkey is Europe’s biggest solar panel manufacturer and the fourth in the world, Minister of Energy and Natural Resources Fatih Dönmez said and added the goal is to enter the global top three next year.

Turkey more than tripled its electricity generation capacity since 2002 to more than 100 GW and the share of renewable sources jumped to 54% from 38%. Solar power had the biggest leap since 2014, from just 40 MW to more than 8 GW, government data showed.

Minister of Energy and Natural Resources Fatih Dönmez said the results of investments are evident and that the goal is not only to increase the share of renewable energy but also to localize the technology. The localization rate in domestic wind power plants is between 60% and 65%, according to estimates.

The government demands from project developers to source almost three fourths of the equipment and services domestically to support the industry. Combined with subsidies for renewable energy projects, mostly awarded through auctions, it is motivating producers of solar panels and wind turbines to start or expand operations in the country.

Dönmez said Turkey aims to become one of the three top producers of solar panels in the world next year with additional investments. According to the ministry, the current annual capacity is 7.96 GW, behind only China (124 GW), Vietnam (14 GW) and South Korea (9.2 GW). It is estimated the domestic capacity is set to reach 9.1 GW in 2023.

Malaysia is the fifth-biggest solar panel manufacturer with 7.4 GW, followed by the United States with 5.7 GW, the ministry claimed, adding that the European Union is at 3.2 GW. The report revealed the installed capacity of wind power plants in Turkey has reached almost 10.9 GW.