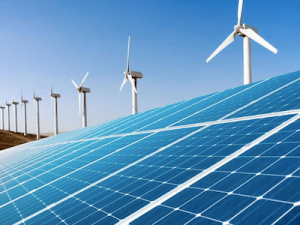 CWP Global announced that they are working on two major renewable energy projects in Serbia with a total capacity of 450 MW. The first project is a 300 MW wind power plant Vetrozelena, while the second is a 150 MW Solarina solar power plant. The latter is quite remarkable since it will exceed the country’s overall installed solar capacities by five times.

Previously, the company already developed a 150 MW Čibuk wind power plant, which is currently owned by a joint venture of Masdar, Taaleri SolarWind I fund, and DEG. Therefore, CWP Global already has experience in the successful development of wind projects in the country and Vetrozelena has all the prerequisites to become a second success story.

The Vetrozelena wind power plant will have approximately 50 wind turbines, with an expected production capacity of 1,000 GWh per year. It will generate enough electricity to supply 200,000 households, and it will offset 920,000 tons of CO2 emissions annually.

According to Maja Turković, Senior Vice President for Europe at CWP Global, Vetrozelena and Solarina will play a crucial role in the further development of Serbia and the region. She also mentioned that these are the two most significant projects for the company in Serbia that will attract almost €400 million in investments. The latter will go not only towards the power plant construction per se but also towards local communities, environmental protection and responsible corporate governance.