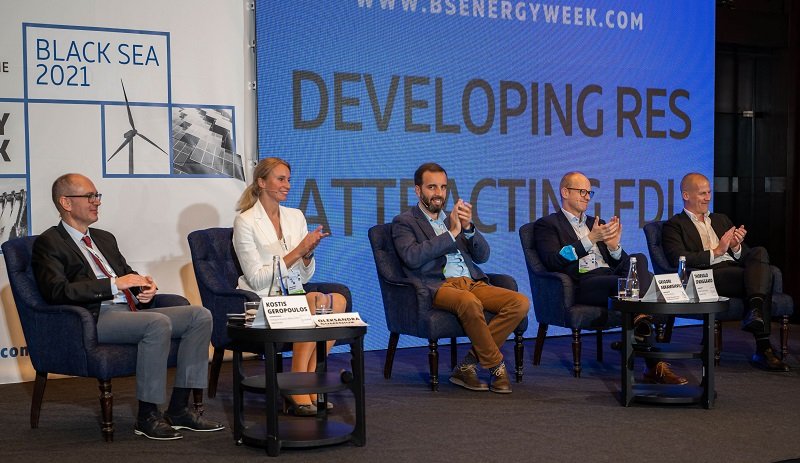 Dan Dragos Dragan, Secretary of State at the Ministry of Energy of Romania highlighted the important role of the country in the region’s energy industry and listed the top priorities: increasing the share of renewables, untapping the potential of offshore wind, storage and hydrogen, which will enable Romania to become an innovative hub for new technologies.

“Every country and every region must do its part for the decarbonisation and cooperation is crucial. The main challenges include energy security and energy poverty and we all realise that cooperation in the Black Sea region should be based on the EU values of solidarity and rule of law.” continued Yaroslav Demchenkov, Deputy Minister at the Ministry of Energy of Ukraine.

David Tvalabeishvili, Deputy Minister at Georgia’s Ministry of Economy and Sustainable Development mentioned the vast hydro potential of the country and noted that 75 per cent of Georgia’s electricity production comes from hydro resources. . “But in winter hydropower is at its lowest so we need other sources importing gas from outside Georgia and this dependency has increased over the years.” he added.

The conference was followed by the Technical visit to a 225 MW wind farm near the Black Sea shore put into operation by Verbund.
Multinational energy companies from more than 20 countries joined the event to learn about the Black Sea potential for developing renewable energy projects. The event was supported by a Norwegian developer of large-scale onshore wind farms EMERGY (previously NBT), European Energy, which is based in Denmark and has a strong track record as a renewable energy operator across Europe, Brazil, USA and Australia and Photomate, which has built a leading position in the field of solar inverters. Among the event’s Knowledge partners were European-Ukrainian Energy Agency, Ukrainian Wind Energy Association, Bureau Veritas and PFAN.