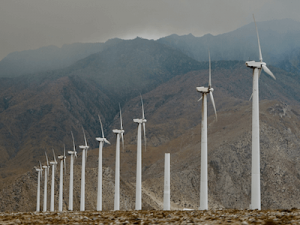 The Ministry of Infrastructure and Energy and the Energy Regulatory Authority (ERE) stated that there are 371.1 MW of wind power projects in Albania in the status of active development.

Recently, a project for two wind farms developed by Biopower Green Energy and Marseglia Group with a total capacity of 234 MW, was given a strategic investment status. The latter enables companies to gain access to various support programs including administrative assistance in land expropriation.

Biopower Green Energy and Marseglia Group project cost 244 million euros and envisions the construction of two wind farms in Lezhë in the country’s northwest, near the Adriatic Sea. Originally, the project was launched in 2008 by Italian Marseglia.

The project will consist of 39 turbines and will employ 350 people during the implementation and operation of the wind park. It will be constructed on the ridges of two mountains with the unit BPGE1 having a 114 MW capacity and a unit BPGE2 having a 120 MW capacity.

Another major project under development is owned by the EU Green Energy. It will be a wind farm in Dropull with a capacity of 69.3 MW.

The rest of the 371.1 MW consists of five projects with a 10 MW capacity and six 3 MW small wind projects. It shall be noted that the latter benefit from a special procedure that requires only the ministry’s permission. Additionally, they will be entitled to 76 euros per MWh.

For the next year, Albania is preparing to auction additional 100 MW wind power plants, with a possibility of extending the quota up to 150 MW. The eligible projects are the ones whose installed capacity falls between 10 MW and 75 MW.