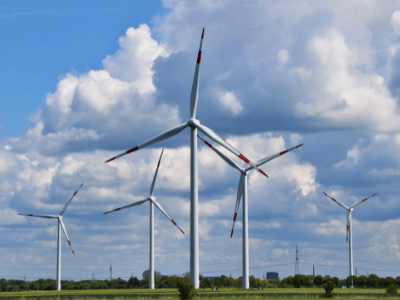 The government of Uzbekistan announced Saudi Arabia’s ACWA Power as the winning bidder for the development of a 100-MW wind park in the Karakalpakstan region. The project is expected to feed into Uzbekistan’s grid in less than two years and to diversify energy supply by increasing energy security in the autonomous republic north-west of Uzbekistan. The wind farm will generate about 350 million kWh per year, enough to avoid 160,000 tonnes of carbon dioxide (CO2) equivalent emissions annually. This wind project is part of a wider programme by Uzbekistan’s government to develop 3GW of wind capacities by 2030 and this goal could be raised in the next review of the long-term development plan.

“We have very big plans for new reforms and projects in the electric power industry,” Uzbekistan President Shavkat Mirziyoyev says. “The green economy and renewable energy sources will be the basis of sustainable economic development in the 21st century and, by 2030, our renewable share of electricity generation will exceed 30 per cent,” he added.

Photo by Waldemar Brandt on Unsplash